Many workplaces grapple with this. If workers are told they have permission to stop why doesn’t it happen? Here’s what helps and hinders stopping work for safety in the workplace. 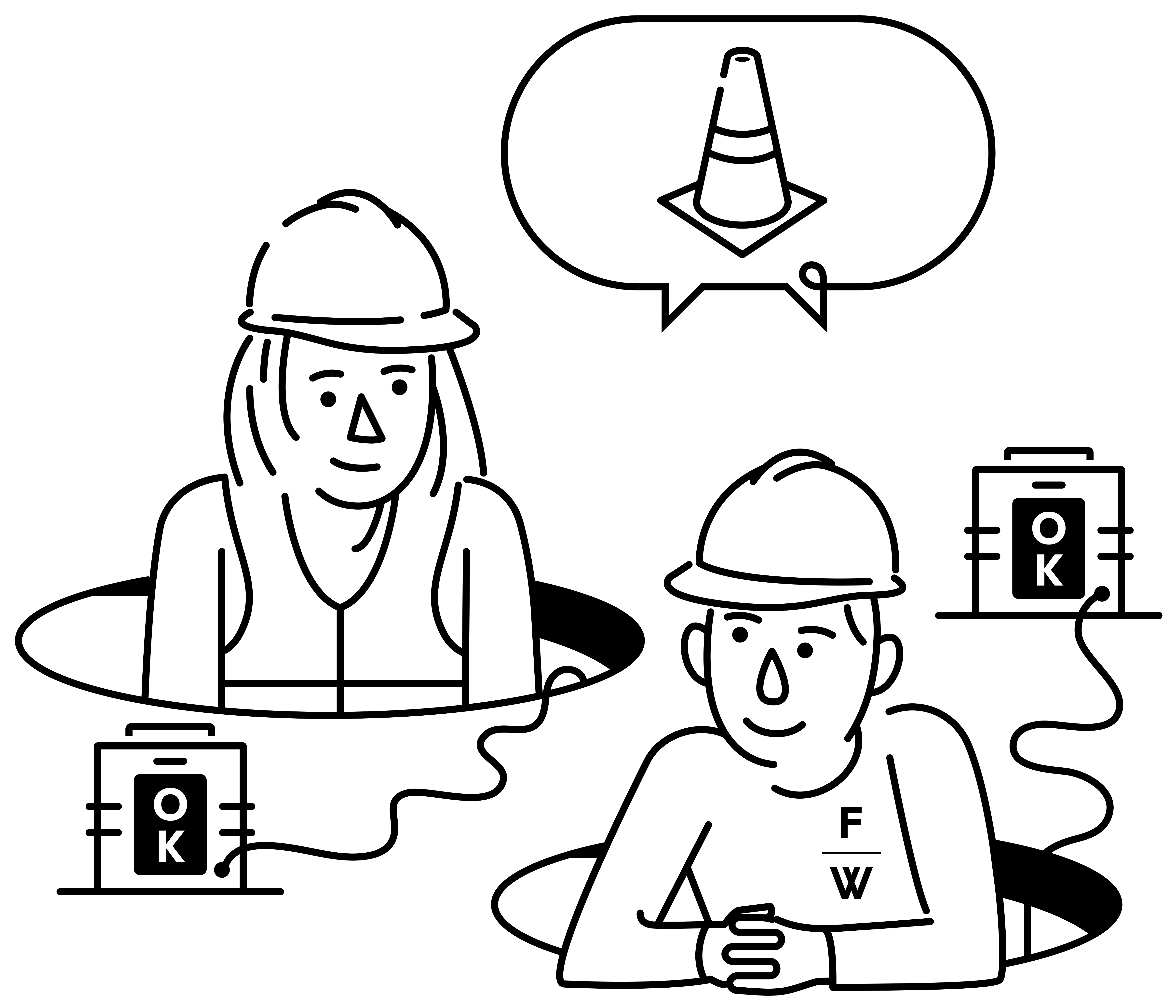 How to stop work for safety

Stopping work safely comes up a lot in accident reports – this idea that workers sometimes continue working through unsafe situations. The assumption being that work is safer when workers are able to identify unsafe situations and stop work rather than ploughing ahead.

The trouble is, we often talk about this very simply, as if it’s an individual failing when workers can’t make this decision easily. We think they either lack the knowledge or they put other priorities in front of their own safety.

In response, we do things to increase workers’ hazard awareness and we implement an ‘Authority to Stop Work’ to provide permission across the organisation.

We might even put in a rewards program to reinforce “good” behaviour and motivate others to do the same. But by now, we should be aware that nothing in safety or any system that involves people is ever that simple.

We’ve noticed a theme that keeps repeating itself when it comes to discussions and incidents and how to improve safety. It’s a series of questions that focuses on the workers’ behaviour and culminates in “Why didn’t they just stop work?”

It was this recurring conversation that prompted David Provan of Forge Works to conduct a workplace-based research project around the final question.

We wanted to understand a workforce’s experience of both the organisational approach to the authority to stop work and its practical experience of doing so. David Weber led the research working alongside David Provan, Sean McGregor and Andrew Rae.

What are the reasons to stop work?

With some industries, there are rules that make it clear when work should stop, such as workplace conditions, training requirements and equipment compliance. If these are not met, there’s an immediate discussion around stopping work.

Having a formal process in place – an Authority to Stop Work – meant that some workers felt it would be easier to stop work, and that management would support them if they did. Others questioned whether a piece of paper from management would offer them any protection at all.

While messages from the CEO mean a lot to some workers and go some way to shaping behaviour, this study found that senior management messages and behaviour did not shape the behaviour of frontline workers much at all, nor did they offer enough support around how workers make decisions.

What are the factors that support stopping work?

Despite the complexity and pressures around making a decision to stop work, there are factors that can break down some of these barriers. Sometimes having a rule in place, one that requires minimal judgement can make it easier for workers to stop work.

Rules like these don’t restrain workers – rather they give workers more capacity to stop work in the face of danger. Similarly, fatigue is often managed with time limits, so workers don’t have to debate their tiredness or whether their risk assessment is the same as another’s.

Most workers also felt their immediate supervisors could make life easy or difficult for them in relation to a decision to stop work. Everyone else was a distant second. Actions speak louder than words. What mattered most to workers was what their supervisors and colleagues did, rather than they might say they’ll do.

What are the factors that hinder stopping work?

Of course, the opposite is true. If a supervisor reacts poorly, this will be remembered for all future instances, where stopping work for safety might have been a better option. It creates a foregone negative consequence, regardless of any senior management messaging.

Similarly, if a situation is ambiguous, and workers can’t point to a clear safety rule that’s being broken, it can become difficult to stop work. Workers worry that they’ll be seen as lazy, incompetent or unproductive for being safe in the absence of a safety rule.

Many workers are fearful of having to explain why they stopped work and this can push them to continue working – even when it may be obvious they should have stopped.

If a worker has to justify this decision in detail to a person they barely know, they’re unlikely to stop work at the first sign of danger, such as a field worker having to phone into a call centre to cancel a job.

Working alone is another factor that hinders stopping work. Simply put, there’s less support. In the reverse, when working as a group, it can be difficult to be the first one to raise the alarm or question a process if everyone else appears to be working merrily along.

If you’re a contractor or there are two companies working together, stopping work can become even harder. It’s much easier to ask workers we are familiar with to stop work – and sometimes we can even do this non-verbally with so much as a glance or a shake of the head.

Overwork and fatigue is another contributing factor. Changing one’s course at work requires energy; often, stopping work creates more work not less. The work will still need to be done, at a later time that day or pushed into an already full schedule for the next day.

What are the ways people stop work?

Firstly, we need to rethink this idea of stopping work. Our research showed us that workers rarely stop work – instead they adjust and adapt, delay and re-assign to avoid unsafe working environments.

Many workers wouldn’t see this as stopping work rather they’re continually adjusting their work around their circumstances. This can be such a normal part of work that no one ever thinks of it as stopping.

It seems obvious, in hindsight. When we walk down the street we adjust our route for cars or other pedestrians, but we rarely stop walking. It could be that having an authority to stop work, as comforting as that is to managers, needs to be re-imagined and aligned with how work gets done.

In future, we might need a whole new set of language constructs around how we think of stopping work for safety. Lead researcher, David Weber, describes the need to create a stop work environment, a set of conditions that enable workers to stop or adjust their work.

Consider implementing the following positive workplace conditions, if you’re ready to create a stop work environment in your workplace:

If we continue to learn and understand the workforces’ views around stopping and adjusting their work, we can build a greater capacity in workforces to make these decisions, to help individuals understand that it’s okay to think differently and to know that there’s support when they need to make a call.